Today we decided to have a look at a new subdivison in Chiba. Chiba is the next big prefecture to the north west of Tokyo. It took us 1.5 hours on the train to get there, you just got no idea how big this place is until you start to do some travel! We went across the river and were in Chiba, what changed from Tokyo? Nothing!

The further you go the more country side it becomes, we arrived at a we train station in the middle of no where, there was a bus stop and a few other small shops around that were all closed (public holiday here today) we caught the bus and with in 10minutes we were in a new forming town (like pegaus town in Christchurch, but on a much bigger scale)

It was nice, all nicely laid out, you needed a car to get around there thats for sure, it was more like Christchurch. I am not sure how big they want it to be, there was a lake, a large hill in the park, cafes, electrical stores, clothes, shoes etc etc there, everything was there you needed, so you would never have to leave the area unless you worked out of town. I was a bit slack with the camera and didn't get that many photos or any good photos. 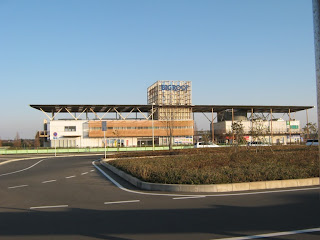 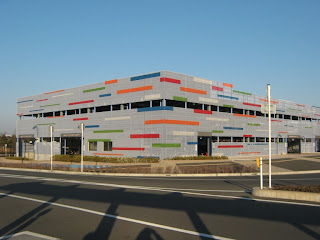 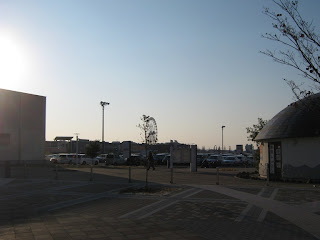 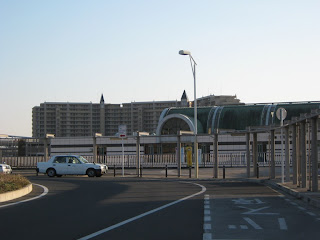 Maybe apartments in the background 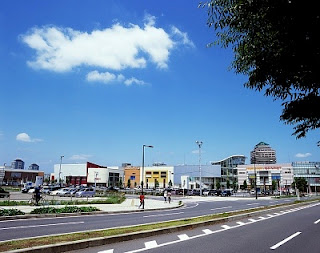 As of late February 2011, the city has an estimated population of 88,652 and a population density of 716 persons/square kilometer. The total area was 128.80 km².
Inzai is located in the important area of northern Chiba Prefecture connecting Tokyo and Narita. Besides Tone River that flows in the north, Teganuma Lake that lies in the north-west, Imba Lake that lies in the south-east of the city, the city is also surrounded by natural environment such as natural forest.
http://en.wikipedia.org/wiki/Inzai,_Chiba
Posted by Bruce at 03:55