These cars are quite popular over here, they are Toyota's flagship, they are one nice looking car. The Lexus maybe above this car but the best car Toyota make is a Toyota Century, this car sits above the Lexus range and not many people out of Japan know about it, its power by a 5 liter V12 couple to a I think 6 speed auto and is about the same size as a Holden Commodore in New Zealand/Australia.

This Crown was parked down our street today, have no idea who owns it and by the way it is illegally parked as it is parked in the middle of the street but its not really a problem to us as we have no car and it is not blocking us.

Check out the photos 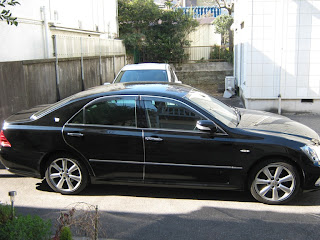 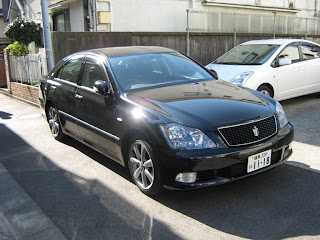 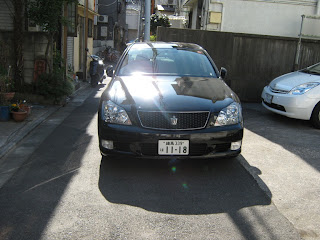 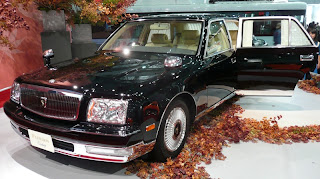